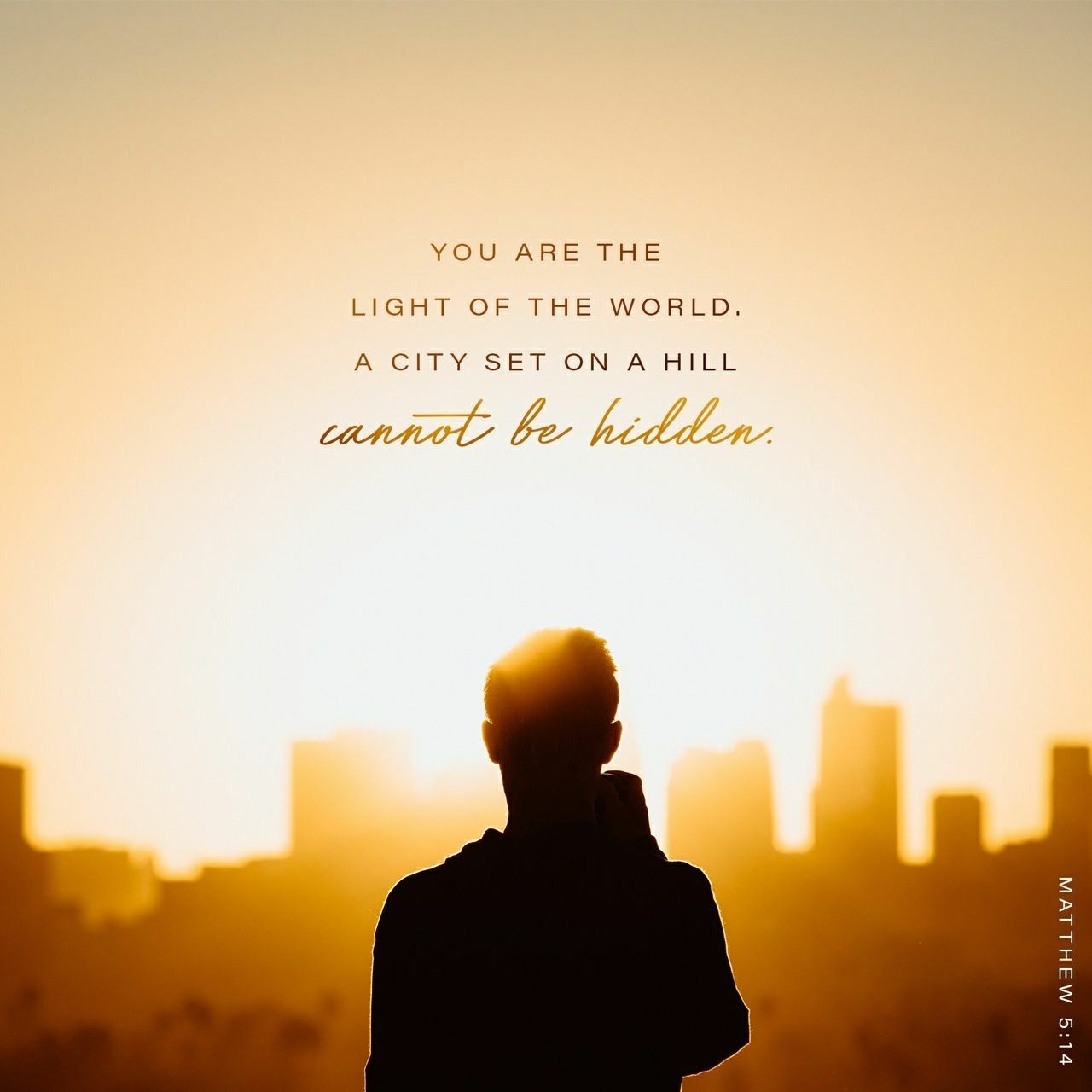 Today’s Readings place an emphasis on Christian faith and call every Christian to be the shining light in the world. In Matthew’s Gospel everyone is called by Jesus to be salt and light for others, for the world. Our lives, what we do and the way we do things, should be a source of light and meaning for others. Our actions should be a visible sign for others of God’s presence in the world. (…)

Jesus tells his disciples that they have to be the salt of the earth. When Jesus used this image of salt, he would have meant how a disciple of his must be valuable and precious like the salt he uses. (…) Food without salt is sadly insipid. Christianity to life is what salt is to food and Christianity must lend flavor to life. In his second imagery Jesus emphasizes the essential visibility of the Christian. He says that a Christian disciple must be the light of the world. Light is a rich image running throughout the entire Bible. He explains it further by using a third imagery that a city built on a hill cannot be hidden. (…) Even in a house when a lamp is lit no one places it under a basket he says, but on the lampstand so that it gives light to all in the house. So Jesus tells his disciples that there cannot be hidden discipleship, rather they have to let their light shine before others. People who witness them and see their good works will give glory to the Father in heaven. When Jesus spoke these words he was using an expression which was quite familiar to the Jews that spoke of Jerusalem as the light to the gentiles. A light is first and foremost something which is meant to be seen. (…) Jesus tells his disciples that Christianity is something which is meant to be seen is seen by all. Again light is a guide in the darkness. It shows the path; it is necessary to make clear the way. It dispels the darkness, makes things visible, shows the obstacles that exist on the way and leads a person to his destiny. (…)

In the same way a Christian has to shine before others. A Christian cannot but be the light of Christ. Spiritually we do not produce our own light; we are the reflection of the light of Christ. In life we have two choices. In the likeness of Christ, we can shine as a light in the world or we could be rejected by God for failing to realize the ideal of the life of the Gospels. We cannot have both. The outcome of our eternal blessings entirely depends on the choice we make now to be his light in the world.

Secondly, both salt and light operate by associating with the thing that they want to change. Salt cannot improve the food unless it goes into the food and changes it from within. But salt only produces its effect when it is totally merged with the food. It is indistinguishable from the rest of the food but its presence or absence is very obvious. Light cannot show the way unless it encounters the darkness. Sometimes Christians think that the way to go is to keep away from getting involved with society and popular culture. But by shying away from the realities of our society and our world we might indeed be hiding our lamp under the bushel basket. To make a difference we must get up and get involved. (…) The Christian, too, can only be truly effective when he or she is fully a member of society and, at the same time, gives an unmistakable taste to that society. With light and salt the world becomes a safer and better place. It is our duty as Christians to make the world a better place.